My first week with my new treadmill desk: a scintillating report! 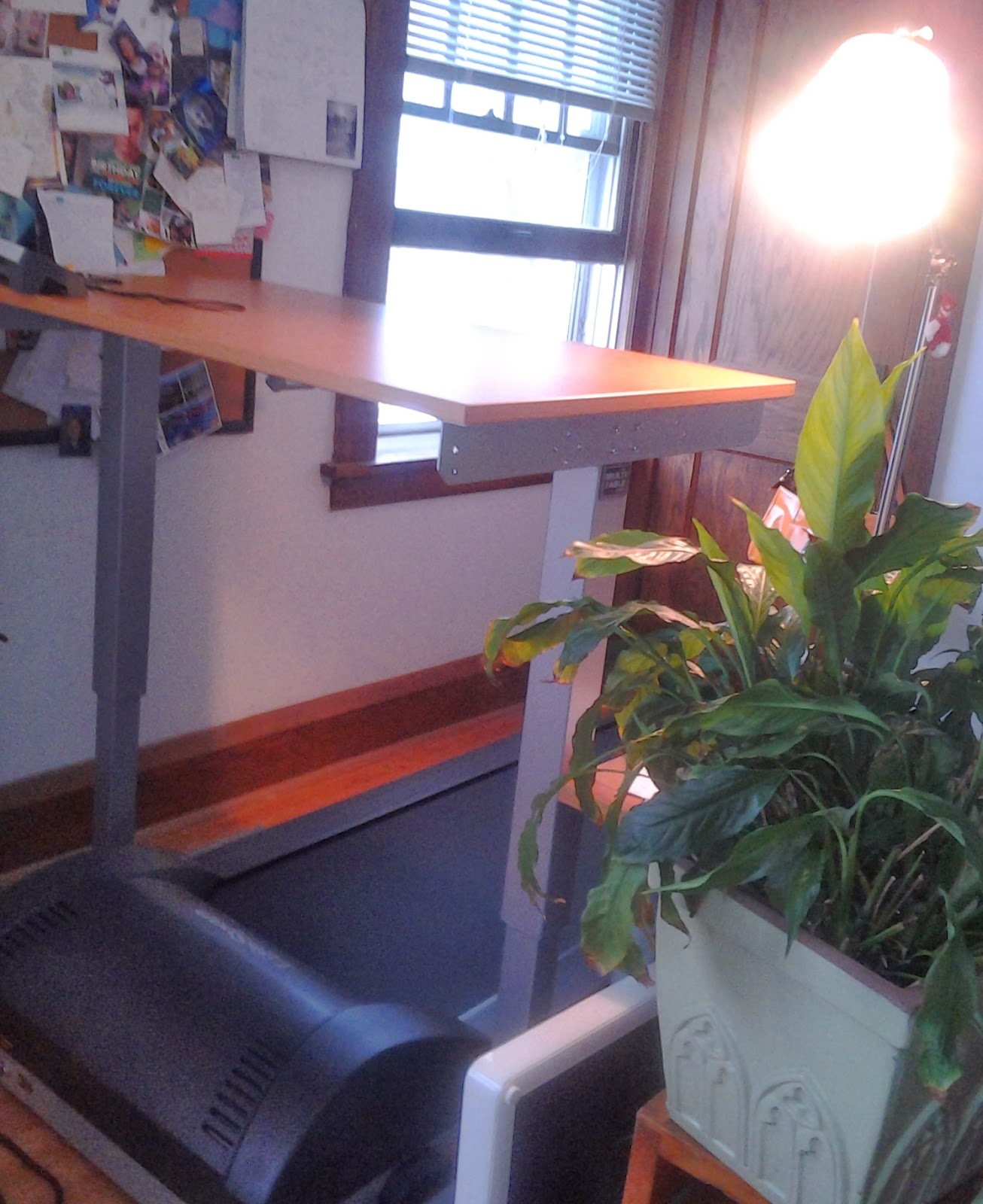 So I recently got a new treadmill desk, and I wanted to talk about it, because it's kind of fun and exciting and also, a lot of people have been asking me about it.

I got the idea from my BFF Jeffe Kennedy, who has written about her desk here. I was talking with her just before Christmas and she told me how many miles she puts on it a day. That kind of sold me.

Like Jeffe, I have a straight job where I spend tons of time at my desk, (freelance marketing writer) and when you put that together with writing novels, I'm sitting a good 12 hours a day, which is apparently Very Deadly, according to many articles. Even though I run outside when it's not snowy, it's still bad.

So, I splurged on this treadmill desk. Because, even at $1500, a treadmill desk is a lot cheaper than the chronic degenerative diseases that the articles warn about, that was my rationale. After a bit of research, I chose this manual crank table ($479) and this treadmill ($999).

It's been one week with it up and running, and I already know it was a good investment. At first, I felt like I could only read and email and brainstorm while on it, not do full-blown creative writing. But the last few days, I've been doing lots of copywriting work on it. Yesterday I wrote a whole big piece I had due, and when I was done, I'd walked 2 miles, and it was nothing. So I'm really excited. I can see writing books on here. I am now on it as I type these very words! 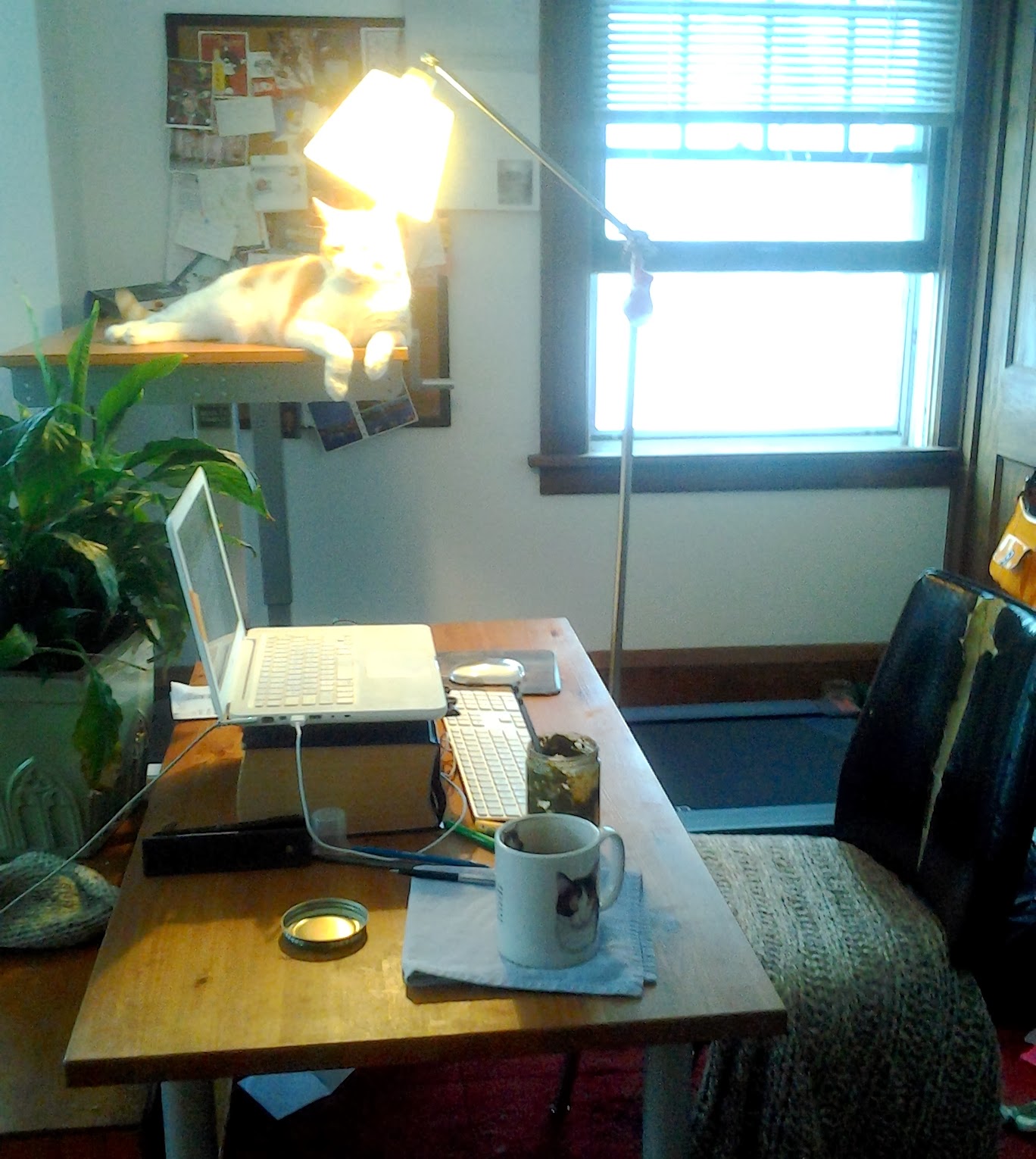 I have my low desk next to it, as you see from this picture, complete with my overlord, bathed in golden light, as befitting his station in life.

If I had a different kind of space, I might roll the treadmill out of the way and crank the table down when I want to sit (the crank is really easy to use) but that's not the kind of space I have (corner of living room). 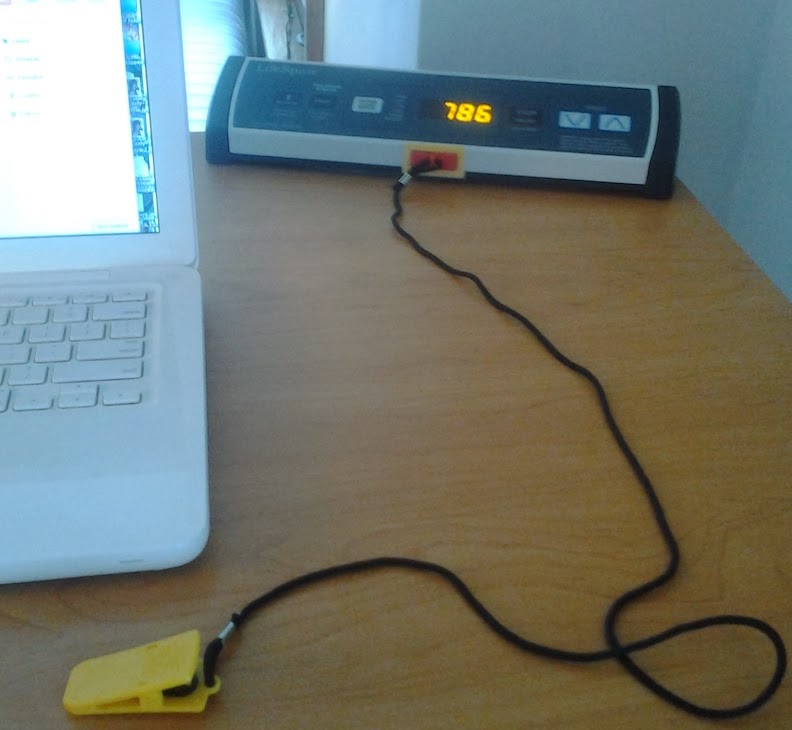 Okay, just working on this post and taking a client call and doing some emailing, I have walked 2.01 miles. Yeah! Now I'll change gears and sit for a different project.

Off the Edge: Print arrival and end of sale price.... 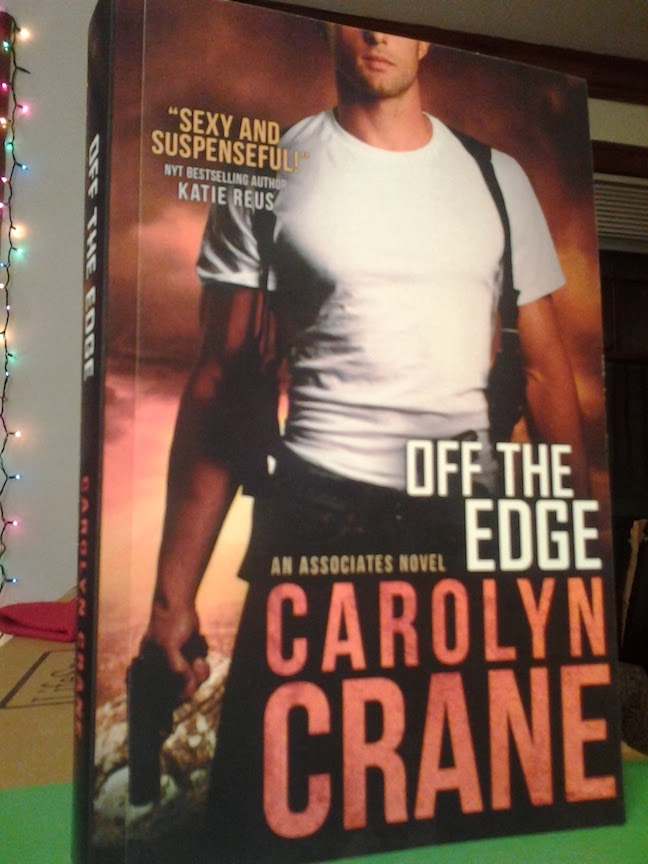 Thank you to everybody who bought Off the Edge and for all the enthusiastic words and tweets and reviews. It's been such a fun release. And I've been so crazy, I haven't updated forever. And look! Our Christmas lights are still up!

Print
The print edition (pictured) is available at Amazon and Barnes & Noble (and in bookstores by special order). Amber at BookBeautiful did this cover, and it is even more stunning in print than in ebook. If you buy it at Amazon, you get the ebook free!


"I was captivated by the story and flow of Off the Edge and I cannot wait to read more."
~FV Jen, Fiction Vixen

"One of the very best romantic suspense novels I read in 2013."
~Dabney, ThePassionateReader.com

"Do yourself a favor and pick up this Carolyn Crane book.  It is unique and stimulating and one of my favorites for this year."
~Sunny, Love Affair With an Ereader

"The book was seriously on-the-edge suspenseful. I loved the chemistry between Laney and Peter."
~Christi, Smitten with Reading
Posted by Carolyn Crane at 9:24 PM No comments: