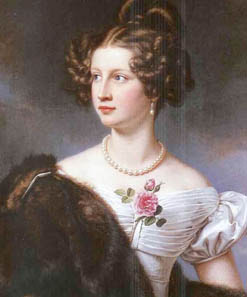 Well!! Devil in Winter by Lisa Kleypas turned out to be every bit as enjoyable as everybody says. Especially the character development and interaction. I also learned sort of interesting things about the period in London, and it was a thrill to have Sebastian St. Vincent pay a visit to Ms. Bradshaw, who I remember from my time reading about Nick Gentry in Worth Any Price, the one other Kleypas historical I’ve read.

One of my favorite things for a historical to do
One of the things I most admire in a historical, or really any romance, is when the hero and heroine complete each other, bring out the best in each other and push each other to grow in really character-based ways.

I know that’s sort of duh! and the whole point, but I don’t feel like I fully experience it all that often. Lord of Scoundrels is, to me, one of the most memorable examples of it being done so beautifully: bright, discerning, Jess recognizes and appreciates the hidden goodness in Dain, and beastly-but-wounded-boy Dain brings out the romantic side and softness in Jess while challenging her in a new way, and they don’t just fall in love, they move to a higher place for knowing each other. 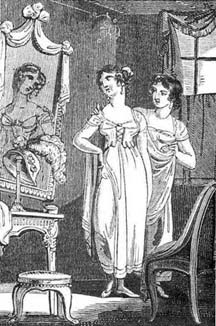 I thought Devil in Winter did this really well, too. Idle, rakish Sebastian, a man who's wasted his charm and intelligence on social puffery suddenly has something new to live up to with Evie, someone to take care of, a woman who isn’t jaded and trusts in him, (or, at first, is at least forced to trust in him). And wallflower Evie is forced to utilize her inner strength and is drawn out of her shell by her being with him, and comes into her own. You can see it early in the loss of her stammer, and later in the difficult choice she has to make [trying not to do spoilers] regarding the doctor’s advice, and in her standing up to Sebastian in so many ways.

Back to the ring thing
I’m glad now that I did that post on the ring thing about whether a man would truly get extra lusty from the glint of his wife’s wedding ring (see Men, arousal and the ring thing below). The whole MINE trope.

Looking backwards from the end, I feel like it kind of worked for Sebastian, because he’d never been in a position to care for anything or anybody, and his involvements with women, including his mother and sisters, had always been fleeting. As his pal Westcliff puts it, "Sometimes the fractures in two separate souls became the very hinges that held them together." Which brings me to… 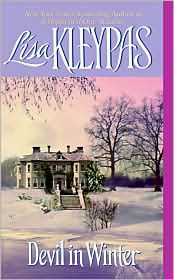 Westcliff provides a great character foil for Sebastian, deepening our understanding of the hero here by his observations. I love when they are in the carriage going to [I won’t say] and Sebastian gets into talking about the club and finances and things, and it’s obvious that both men are aware of this change: Sebastian used to prattle on about scandals and so forth, and now he’s involved in real things. Evie’s friends also remind us of Evie’s journey, with their protective instincts and their surprise.

On a side note, men's friendships are just a world I like to read about it because I don't know it. Maybe they're not represented accurately in Romance, but what do I care? As long as they have the ring of verisimilitude, I'm in.

One thing I wonder
How did this cover happen? Don’t get me wrong, I really like it, and I can take it places without getting sideways look. No embarrassing man-titty or half-undressed woman.

Images from Wikimedia commons.
Posted by Carolyn Crane at 10:30 AM

Oh CJ, thanks for the wonderful comments on this most amazing book and characters.I couldn't agree more.

You should probably read Marcus' book as well, it is my second favorite in the series and then you get to see Sebastian being a vilain and his transformation will become even more amazing.

I love the scoundrels as well.

CJ - You read Westcliff's book, didn't you? Because as Ana said, he's fantabulous. I adore Marcus, such a mantle of power and so serious. And he marries Lillian, who is an utter hoyden. [Aside: I love the word hoyden. How come we don't use it anymore?!]

If you haven't read it, you should. It's the Autumn entry in the Wallflowers quartet. I can't remember the exact title.

I'm so glad you enjoyed Devil in Winter! It one of my favorites by Lisa.

Yup - I loved this entry, for all the reasons you mention. I also love men's friendships, and I think it's not done enough. Men are such huge gossips and have wonderful friendships, and when an author does it right, it's a terrific addition to a book. And I loved seeing Evie come out of her shell in this one.

Another big fan of this book here!

Your review has made me want to reread this book!

Ana: Right, I have been wondering about your Simon's behavior back there.

Kati:No, I didn't. Must read. You hoyden! LOL. Let's start using it.

Marg: I want to read ALL of them now!!

Marcus should have punched Sebastian just for the hell of it because of what he did to Lillian.
But got to love the scene when Evie takes charge in bed as Sebastian is lying there.

So THAT'S the scene you meant!! I loved that too, and how reluctant he was to screw up the bet. But, er...not THAT reluctant.

Great post CJ. I will be getting this very soon as your gushing has made me more than mildly curious.

I love that quote about the fractures in two souls being the thing that holds them together.

I've even got a soft spot for stories where some pretty serious flaw in one of the characters attracts the other. I have a much cherished category from 1979 featuring what would be viewed by many readers as a distinctly unhealthy relationship but I just feel that they are these two screwed up people who have found their perfect match.

CJ - I'm sure you can see now why this is such a favorite around here (he's mine ladies, so back off). I think the best part about it is that both Evie and Seb grow. It wasn't that Sebastian was one of those, "I'm a rake with a heart of gold" types. He was shallow and callous and really only considered himself.

Which made his falling in love with Evie so much more than the average romance, I think.

I didn't care for Marcus' book. He was never one I cared much about, though, and Lillian is my least favorite wallflower. I think it should be read, if only to see Sebastian at his lowest, but I didn't think it was nearly as well done as this one.

I'm picking up Devil in Winter tonight from the library. I read very few historical romances, but this one sounds so good, I'm going to give it a try.

Tracy: I hope you like it. Sometimes I overgush.

Tumperkin: I would love to see you review that!

Holly: Thanks. I totally do want to read it for that--I can't imagine Sebastian actually kidnapping Lillian.

Liza: Ditto my comment above - I hope you like it and that I didn't overgush it! But it *is* good. I hope you review it, even if you don't like it. I'll be curious.

le sigh I heart this book soooooo much! great wrap up! just fab!

I'm so glad you read this one! But, it is really worth reading the others in the series, if only to see how Sebastian got to the point he was at by the beginning of DiW.

I think his self-loathing by the opening of this book are very revealing about his actions in this book. And, of course his subsequent redemption is so rewarding to read. :-)

I'm so happy you enjoyed this book! I loved this series. But unlike most, I'm the odd one out. Most people loved Devil In Winter the best, but my absolute favorite is Scandal In Spring. I just loved the hero, Matthew!!!

yay! Glad to see it ended well for you. I think I'm going to pick this one up again for another reread because you've got me into it again. heh.

I agree with the others that you should try the others in the Wallflower series. Very interesting to see Sebastian at his nefarious worst. *g*

I love how you look at the characters here. I read Devil in Winter before Christmas. At first, I thought I would read it without having read the others, but then decided against that. And I'm glad I did. Not because I couldn't have appreciated DIW without them but because I liked them quite a bit and I wouldn't have read them on their own. Sometimes it's good to have this thing with reading series in order, LOL.

Anyway, just wanted to say: go and read them. :)

I can't wait to read this book. I'm so afraid it's going to bump so many on my TBR pile.

Hey CK, random but.. I noticed that our feed hasn't updated in your blogroll for 3 days! I am doing the rounds and checking everyone's as we are trying to figure out why. Can I ask you to pretty please update the feed with:

I've had Kleypas' Wallflower books in my TBR for almost two years already. Given that I absolutely LOVE her contemps, you'd think I'd have devoured her historicals by now! What's wrong with me?!? LOL

I think I might just read this one for February's TBR Challenge... ;)

sounds excellent, great review. I do enjoy a good historical. I need to read this one.
http://thebookworm07.blogspot.com/