One streetwise undercover agent will do whatever it takes to catch her man....

Ben Fortune may have gone into virtual seclusion after his wife's murder, but he was still the world's most famous surfer, known as much for his good looks as for his skill on the board.

He's also a suspect in a series of brutal murders. FBI Special Agent Sonora "Sonny" Vasquez has been sent undercover to the elite beach community of La Jolla to make friends with Fortune.

With her fierce beauty and take-no-prisoners attitude, she's more than equipped for the job. But all too soon she and Ben have collided in an affair that is both intense and irresistible. Could this sensual, wounded man really be a killer? And could falling in love blind Sonny to the greatest danger of all?

Little CJ: Okay congrats on your release, and the great reviews you’re getting. I was especially interested in this bit from Publishers Weekly:


"(A) high tension romantic thriller...culminating in a page-turning climax. Despite the mystery, the real tension comes from the emotional relationships, full of explosive sex and terrible secrets."

First off, I want to know more about this explosive sex. Because it sounds like something I’d definitely enjoy reading about. Can you elaborate please?

Jill Sorenson: Thanks for the congrats, Little CJ! And thanks for inviting me to chat with you. I’m a big fan of Carolyn Jean’s blog. It’s pretty weird to be talking about sex with…whatever you are…but here goes.

By “explosive sex,” I think the reviewer meant the sex scenes are super hot and exciting! Which is a great compliment. In romantic suspense, the relationship between the hero and heroine often takes a back seat to the suspense plot. Not so in CRASH. It’s heavy on romance and loaded with sex. But all of the rockets going off are metaphorical. Hope I haven’t disappointed you. : ) 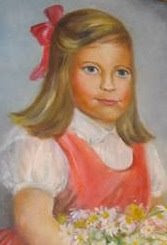 Little CJ: First off, Jill! I’ve been hanging on Carolyn Jean’s wall for nearly FOUR decades! I may look young, but I’m betting I’m older than you. So feel free to spill ALL the JUICIEST details. Now, how about the page turning climax? Is that what I think it is?

Jill Sorenson: If you think it’s the high point of action near the end of the book, then yes. It is exactly that.

Little CJ: Hmm. No, that’s not what I thought it was. Okay, anyways, I loved your excerpt where your heroine, Vasquez, kicks the ass of her jerk-off trainer Mitchell - POW! - and then he like, cheatingly gets on top of her ‘cause he’s MAD a chick kicked his ass - BOO HOO! -And then this:


He was aware of her breasts crushed against his chest and the soft apex of her thighs, an inviting warmth beneath him. She might not fight like a woman, but she felt like one, and although he willed his body not to, it began to respond to hers. He was enjoying dominating her a little too much.

[…yada yada yada, an exchange where she jokes that he has a three inch wang and then…]

Mitchell grunted. "Keep wiggling, Vasquez. Those three inches will turn into six." For a moment, she looked startled, as if she'd only just realized he'd been flirting with her. Before she could shield the reaction, her unusual eyes betrayed her panic, and Mitchell experienced an intense surge of satisfaction. Vasquez couldn't dislodge him, because she sucked at wrestling, and now he'd found her secret vulnerability: she was afraid of men.

Little CJ: This guy sounds hot, too. I know he’s not the hero, but will she have sex with him as well as the surfer?

Little CJ: Okay, your heroine Vasquez has a secret vulnerability - she’s afraid of men! - and then she hooks up with a hot surfer who might be a killer. SHEEEIT! Details, sister!

Jill Sorenson: Ben Fortune, the surfer hero, is a tortured widower, very much in love with his late wife. At the same time, he’s drawn to the Sonny (Vasquez). With her, he feels a spark of interest he hasn’t experienced in years. There’s something dangerous about her, and he likes it. Ben is a thrill-seeker and a bit of a masochist.

Sonny prefers to stay in control. She’s had bad experiences with men, causing her to be guarded, physically and emotionally. As a suspect, Ben is supposed to be off-limits, but Sonny can’t resist him. He’s charming, persistent, and determined to have her. Plus, he’s got a smoking hot surfer bod. His devotion to his teenaged daughter, and his guilt over being an imperfect husband to his late wife, make him all the more attractive.

Little CJ: Mmmm, tortured widower, very much in love with his late wife. That sounds good. And I’d guess he has some skills on the board, too. Do you catch my meaning? Can you tell more about that?

Jill Sorenson: I guess I’ll say he’s good with his stick? (That’s slang for surfboard) Without getting into specifics, I try to be creative and realistic when I write sex scenes. I don’t plan a set number of encounters, pages, or positions. Like, oral on page 152, or from behind on 310. I’d rather just let it happen. There’s one scene in CRASH, for example, in which a heated argument leads to sex against the wall. Soft and sweet isn’t my style, but I don’t shy away from revealing tender feelings. I think love scenes work best when they progress in a natural way and reflect the characters’ (often turbulent) emotional states.

Little CJ: Jill, now, you and I have something in common: I understand you skim around in books and read just the sex scenes sometimes. So do I! Carolyn Jean is always like, You have to read the buildup or else you don’t get the full effect, blah blah blah. But sometimes a girl just wants to get right to it, you know what I’m saying? Am I right?

Jill Sorenson: (blushing) I wish I didn’t do this, because skimming ahead ruins the book for me. I think it’s my passive-aggressive way of tackling the TBR pile. When a book sits on the shelf too long, I’m more likely to skim it for sex. Carolyn Jean is 100% right—the buildup makes a sex scene more satisfying. But I can enjoy the straight-into-it, too. : )

Little CJ: Well, I bet that sex against the wall scene is more satisfying if you read the heated argument first.

Contest!
Now, I understand we’re giving away a copy to one random commenter, as long as they promise to write something about it within ONE MONTH from when they get the book (on a blog, or if not a blog, then Amazon, Barnes and Noble, or even comments on a blog.) Jill, Is this open to anyone in the world, or just U.S.?

Jill Sorenson: It's open to anyone! Thanks Carolyn Jean. And Little CJ, of course! It was great fun.

***
Crash Into Me is available NOW at pretty much any decent bookstore. Visit Jill and learn more about Crash at her website. Her next book, a stand-alone romantic suspense with Bantam Dell, is called Set the Dark on Fire.

CONTEST DETAILS: Just leave a comment to enter the contest (closes Monday 2/2 at 11:59 pm). Winner will be announced Tuesday, and you'll have until Thursday night to get your contact info to me if it's not obvious from your comment. If you don't want to be entered, but still want to comment, just say that in your comment!
Posted by Carolyn Crane at 8:16 AM

Email ThisBlogThis!Share to TwitterShare to FacebookShare to Pinterest
Labels: Crash into me, Jill Sorenson, Little CJ

Please sign me up for a chance at a new book. Thanks so much.

All right my interest is completely piqued! This book sounds really good! Put me in the contest, but know that I'll definitely buy it if I don't win. lol

Great interview Little CJ! I would love to be entered into the drawing.

Also, CJ, it's possible that Little CJ needs some therapy. She's a bit...over curious, you know??

Sonny and Ben sound really interesting. I'll be looking forward to reading about them.

Little CJ, you already need to see a sex therapist because of your obessession with sex.

We have been hanging out way too much together it seems.

Don't enter me because I have the book which I am in the process of writing my own review.

Wow, this sounds terrific! RS is one of my favorite genres. And who doesn't love a hot surfer?

And KB? You think Little CJ has an obsession? Sheesh! LMAO!

I think you're going to have to change the name of this blog to The Thrillionth Page Featuring Little CJ.

Pick me! Pick me!

gret ot see u here . hot cover. count me in

Great interview Little CJ! This sounds like one exciting book. I'm in.

Little CJ, you crack me up! I like the cover, very nice. Sounds like a fun read!

wow I've never been into suspense books they make the old ticker race a little too fast but this sounds great!

Crash Into Me sounds really fantastic... and I just love that title. Please don't sign me up for the contest because I've got too much going in my life right now to promise to read and post something on a deadline. :( But it's definitely going on my To-buy list!