Three cool things Raybourn is doing that I am loving.

I finished Silent in the Sanctuary, and continue to be awed at what a gorgeous writer Raybourn is! 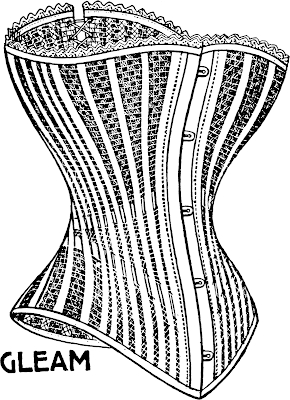 At its heart, the book is mystery. In terms of the romance, it's put together more like an urban fantasy, with a slow-building relationship stretching over several books (instead of HEAs in specific books). The romance, of course, is between Brisbane and Lady Julia, and it develops as they solve mysteries together. This is their second. There has been a murder at the Abbey!
One cool thing.
I'm enjoying getting to know the various guests and distant relations who are staying at the Abbey. First we had snapshots of them, those thumbnail assessments you make when you first meet a person, but being that there was a murder, Lady Julia really gets these people's stories.
It's really quite fun from a human interest point of view to see what these different Victorian era characters are about, and how they wound up the way they did. There is one instance of Brisbane finding out what another man there is made of that is particularly brilliant and juicy.
Which brings me to Brisbane.
At the SAME TIME we get to know all these potential suspects, handsome, smoulderingly attractive Brisbane is becoming more and more mysterious. Raybourn, you taunt me!! We met Brisbane in Silent in the Grave, and I just absolutely love these two together. I won't say how things end, but throughout the book, Brisbane and Julia are both clearly attracted to each other, but stay aloof for various character reasons, unless they sort of want to get the upper hand on the other. It's not quite cat and mouse. I would say it's more cat and cat, which is delicious! 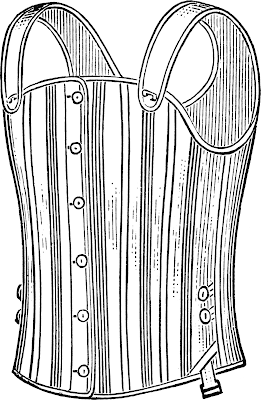 Like there is this one thing Brisbane does to distract Julia from something he doesn't want her to see, but I won't spoil it by telling you about it. And then Julia does it back. You don't get a balls-to-the-wall romance here, but there are many small wonderful moments with these two, and the air between them is so honeyed, in way, you can live on the small moments.
Lady Julia: Actually changing!
It is seldom I see so pronounced and meaningful a character change. Her evolution as a woman is central to the larger tale. For this reason, I would suggest starting the series at Silent in the Grave. Okay, a passage to go with some of what I'm talking about:

He [Nicholas Brisbane] stared at me a long moment, those astonishing black eyes searching mine. Finally, he shook his head. "You are up to something, but I cannot make out what and I do not have the time at present to compel you to speak."
I snorted. "Compel me indeed! I think you know me better than that. I should like to see the man who could compel me to do anything I did not wish." That little speech surprised even me. I had come far from the quiet little dormouse I had been before my husband's death. Widowhood had been the making of me, I decided.
But before I could admire myself too thoroughly, Brisbane leaned forward in his chair, pinning me once again with his gaze, but softening it somehow, and in the process drawing me in until I could see myself reflected in the inky depths. There was something otherworldly about that gaze, something oblique and unspoken, and yet it held all the sensual promise of a courtesan's smile.

"Do you not think I have other methods to compel you?" he murmured.
My corset felt suddenly too tight.

[she goes on for a para speculating on this and that...and then:]

...my defenses always fell to Brisbane, usually when he needed to breach them the most. How convenient for him, I thought bitterly.
My throat felt thick, and when I spoke, my voice was like honeyed whiskey.
"Brisbane," I sad softly. Holding his gaze, I slid to my knees, coming to rest between his booted feet. I heard his breath catch, and a noise in the back of his throat that might have been a stifled groan.
I held up my own hand teasingly. "A question first, my lord."
I dropped my hand to his boot top. It rested there a moment, my fingers just below the curve of his knee, before I slid it with deliberate, teasing slowness down the supple leather to his foot, he exhaled slowly through flared nostrils, his eyes never leaving mine.
Suddenly and without warning, I grabbed the boot hard and swung it up. He pulled back, swearing fluently in Gaelic, but I had caught him by surprise. I clamped onto the boot with both hands and held it...

Busted! She goes on to tell how she could tell from the state of his boots that he'd been roaming outside the Abbey. Oh, oh, all so fun and great.
Corsets from wikimedia commons.
Posted by Carolyn Crane at 10:20 AM

Email ThisBlogThis!Share to TwitterShare to FacebookShare to Pinterest
Labels: Deannna Raybourn, Silent in the Sanctuary

Dang it! I simply HAVE to pick up these books. I keep hearing about them and forgetting that I'm meaning to pick them up.

And, I've missed you! I hope life is good for you.

Another wonderful review and synopsis of what sounds to be a lovely story.

I too love the anticipatory nuances that some writers are able to instill so beautifully into the character's relationship. (I'm not sure I expressed that very well... TGIF LOL)

Gotta love that sexual tension between those two!

My corset felt suddenly too tight.

Oh my..I loved the snippets. I must have these now.

I haven't read this series. Clearly I have to. Your post plus other people's about this series makes me want.

Kati! Hi! I miss you, too. and really, of the many series I gush about here, this is one that I feel sure you would love. It's so fine.

Lea: I know what you meant! LOL

Renee: Isn't that a great line?

You make me want to do a re-read! Or better yet I should read Silent on the Moor. :)

I LOVE your post. So clever. This series is very very good... the yearning, the suppressed passion. Sigh! Too long a wait for the fourth installment!

I recently came across your blog and have been reading along. I thought I would leave my first comment. I don't know what to say except that I have enjoyed reading. Nice blog. I will keep visiting this blog very often.

I just got the first two off of paperback swap..yay:)

Wait until you read the third book!

You don't get a balls-to-the-wall romance here, but there are many small wonderful moments with these two, and the air between them is so honeyed, in way, you can live on the small moments.

That is the most beautiful description of Lady Julia & Brisbane's relationshipt! You have such a way with words CJ!

Kati - definitely pick them up. It's an amazing series!

Shoot, CJ... I got so caught up reading that scene, I forgot I was reading your post, lol! I have GOT to get these books... great post! (Love the corsets)

Leslie: Yes, if my TBR pile wasn't so big I'd order it today, but I'll wait for the Mass Market. But apparently it's a doosie!!!

Nicchic! Hey thanks for the kinds words, and welcome!

Susan: So honored. NOT!

Marg: Well, with a buildup like that, I really really can't wait!

Orannia: Thanks for saying that, and wow, I'm so there for Moor!

Hilcia: Thanks! It was sort of a long scene to put up, but I just loved it.

Carolyn, you have such an amazing way with words.

. . . the air between them is so honeyed, in way, you can live on the small moments..

I love when an author is able to do that. I'm most certainly adding Raybourn to my must read list.

This series sounds fabulous. I've just added it to my list. Thanks for the wonderful review!

CJ, excellent review! Very...enticing. Which is just as it should be. And I know that thing you refer to that Brisbane does to distract Julia. That is an excellent thing. :) Cat and cat, indeed.