How my post on Meredith Duran's 'Bound by Your Touch' got hijacked! 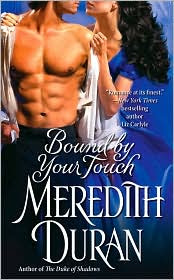 Former post title:
Meredith Duran, You're killing me!
Former post intro:
Okay, that title sort of doesn't make sense. How about, "Meredith Duran, you are blowing me away with how good your book is!" or "Meredith Duran, I am so loving your book!" but those titles just don't have the same drama. I'm going to cob the synopsis off Barnes & Noble's site.

Silver-tongued Viscount Sanburne is London's favorite scapegrace. Alas, Lydia Boyce has no interest in being charmed. When his latest escapade exposes a plot to ruin her family, she vows to handle it herself, as she always has done. Certainly she requires no help from a too-handsome dilettante whose main achievement is being scandalous. But Sanburne's golden charisma masks a sharper mind and darker history than she realizes. He shocks Lydia by breaking past her prim facade to the woman beneath...and the hidden fire no man has ever recognized. But as she follows him into a world of intrigue, she will learn that the greatest danger lies within — in the shadowy, secret motives of his heart.

Then the interruption
So I'm humming along doing this post and I didn't like the synopsis I found above--I mean, it doesn't exactly explain the plot, right? So I went for the Publisher's Weekly and check it out: 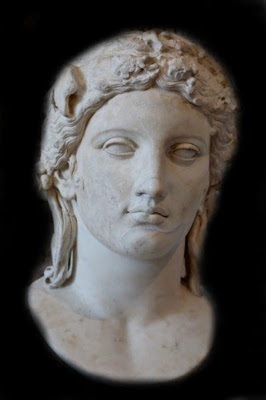 Duran (The Duke of Shadows) delivers a competently assembled and entertaining Regency romance. The daughter of Egyptologist Henry Boyce, Lydia Boyce is herself a learned scholar. When she discovers that some of the antiquities that her father has been shipping back from Egypt to sell are counterfeits, she investigates, determined to defend her father's reputation and chastise James Durham, Viscount Sanburne, an arrogant dilettante. Their mutual dislike predictably leads to romance, and soon Lydia and James are uneasy allies in the quest for the fabled Tears of Idihet and the counterfeiter. Though the period details seem intended less to enhance the setting than to convince the reader that the author knows her stuff, historical romance fans will enjoy the adventure and look forward to Written on Your Skin, due in August. (July)

I was so startled by this review. I had just read the book thinking precisely the opposite--that the details are wonderful, and brought the period to life for me in a way other books haven't. So reading this really put me out of joint. The bolds are mine and as you may be suspecting, I couldn't disagree more with them. Not only do the details enhance the setting, but they enhance the characters, which is way more important, and one of the reasons I love this book.
Post goes off the rails
So suddenly, I'm consumed with how wrong the review is. I'm thinking about the opening scene in particular, which knocked my socks off. We've got Sanburne, fearfully drunk at his own party, contemplating the too-Grecianness of his marble floor, and then being called to manage his guests, who are all far drunker. It's such a rich and entertaining rendering of a night in the life of a wealthy ne'er do well. As an aside, I think it's risky to open with a drunken point of view, but this one gave me such a strong sense of the emotional geography of this character. 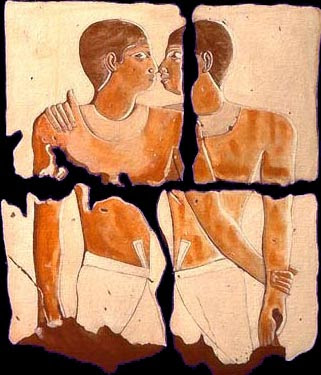 Later, he's at a carnival, and still later at a Regency era fight club. Not only did I love being immersed in these well-drawn places, but the world Sanburne chooses to dwell in is central to his character. At one point he implies that he'd love to go to Italy, but his father is still around, so he'll stay in London to sort of spite him with his behavior. Just so delightful!
The stuff about the Egyptology game formed a central part of the mystery clockwork of the plot, as well as part of the clockwork of a certain sector of this society. I was vaguely aware that Europeans and Americans made a practice of mining less developed nations for antiquities around this time, but it was interesting to see it up close, and how it worked as a form of one upsmanship.
Two other fave period detail moments:
1.) At one point, Sanburne wryly observes how orchids and plants were the new cool way to display wealth, and you get this whole hit about who he is, who he'd be if he were alive today.
2.) Lydia and the bustle, which was coming into fashion; it was funny how she saw it as a stupid and impractical garment. And then the bustle suddenly characterized women who did wear it. Okay, enough on that. 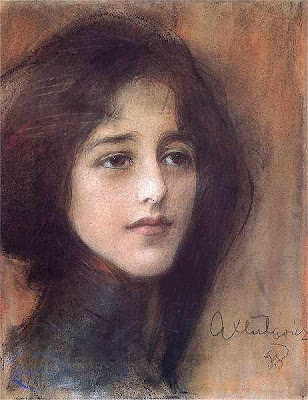 What I was really going to talk about all along: The Stairway Scene
You know what I love about historicals? The minute interplay of characters, and the emotional intelligence that operates underneath it. This book is really great for that. Like, there's this stairway scene around page 188 where--oh, wow it's just masterful!

Basically, an incident leads to hard words, which leads to Lydia and Sanburne hitting raw nerves on each other, and then a kind of mutual understanding develops, as well as a tiny notch higher in self understanding, like the H/H begin to alter and affect each other's mode of calcification against happiness. But it's all very small--a conversation going down a several flights of stairs. This, this, this is what I love about a good historical!
Do you know what I'm talking about? Passages like this? Carolyn Jewel does this really beautifully, too--oh, and I just read a Connie Brockway that did it. (*waving to Kati D.*) Sometimes I read those passages over and over and admire the crap out of them. I could never write one--emotional fine work like that isn't in my temperament (I'm a monster girl!) but that's okay, I just love reading them. Thanks, Meredith Duran.
In other Bizarro World news:
Chris at Stumbling Over Chaos has a comic of us working at a coffeeshop on Friday - I was editing (not my own stuff) and she was doing a post. And for the record, it wasn't the way she has it - I was the one bugging her! And does she really have a giant cat head? I'll never tell.

Images except cover from Wikimedia. In order: Head of Apollo (copy); Egyptian tomb Illustration from photograph © 1999 Greg Reeder; Painting of woman "Portrait de femme" by Teodor Axentowicz (1859-1938)
Posted by Carolyn Crane at 9:19 AM

Email ThisBlogThis!Share to TwitterShare to FacebookShare to Pinterest
Labels: Bound by your Touch, Meredith Duran

I haven't read any of Carolyn Jewel's historicals, but I can vouch for her skill in the paranormals. :)

Oh dear, another author I want to read but can't until the TBR is under control.. You and several others have recommended her. Will have to read her books one day.

I think I've mentioned that I'm a total book spine cracker. At RWA, I handed my seriously tattered-from-being-carried-in-my-work-bag copy of Bound by Your Touch to Meredith and said, "Please don't hate me because of the state of this book, but would you please sign it for me?" She was lovely and gracious, and signed it "To Kati, from another spine cracker." Heh!

Anyhoo...on to Sanbourne. I love the scene where he crashes his father's dinner party and is behaving so badly just to needle the hell out of his dear old Dad. I love that Duran has this wonderful, extremely light touch with humor. This book was a sublime reading experience.

I want to have Meredith's babies because her books bring me to tears they are so well written and emotional. And Meredith is a wonderful sweet and funny person. I was so happy to have met her and hung out with her in July.

But my favortiest person to hang out with at Nationals was my Kati #2 ;)

Kati: I'm sure she loved to see that book! Also, yes yes yes. That scene!!

KB: you will have beautiful babies together!!!

This book has been on my TBR list for way to long. *hangs head* I'm like Janicu, I must read faster and pick this up!

And having posts hijacked drives me batty ;)

Why have I still not read any Duran? Clearly I have fallen off the romance edge of the earth!

I dont read historical anymore - but you have summed up the beauty of why reading is such a fantastic thing..

You have taken me places with your discription of this book....

It does sound like something I would give up nice sleep just to enjoy....

Can you give me lessons on how to write a great post Carolyn?

This is just so damn good...

Hey CJ, am diving into ATTN tonight. Will have many thoughts and opinions tomorrow. Let's chat then, yes??

Great post, CJ!
Merdith Duran's writing is so transportive, that I felt so connected with both Lydia and Sanburne's emotional journeys.

Sigh. PW's review is so transparently patronizing about romance. gasp! Window dressing to make a romance seem intelligently written. Give me a break.

Orannia: Yes, isn't that the problem? Too many good books!

Lea: LOL. You need no help!

Renee: I was going to say something about that patronizing aspect, too, but then I wondered if I was being overly sensitive! Yes, thanks for saying that!!

My review of that review:

The PW review, while competently assembled, leads predictably into romance snobbery. The jibes seem intended less to enhance the review than to convince the reader that the reviewer is too smart to enjoy romance books.

Jill!! LOL. That is great. A totally brilliant review of the review. So concur.